No other country in the world celebrates shopping festivals as much as China. The best known of these is Singles Day, or Double 11, when sales records are broken every year and this trend seems to stay. However, there is much more to China than Singles Day. In addition to the major national holidays, there are other events that companies should prepare for.

A version of this article first appeared on eTOC’s e-commerce blog.

Below we present the biggest Chinese shopping festivals in chronological order. In doing so, we go into the special features and characteristics.

The first and most important festival for the Chinese is the Spring Festival, also known as the Chinese New Year or Lunar New Year. The actual date changes every year, the first day begins on the new moon that appears between January 21 and February 20. Each year is the year of a different animal, following a set order. In total there are 12 Zodiac Animals for the Chinese New Year. To the important traditions belong red envelopes filled with cash, delicious food, firework, family visit and red décor.

In 2021, revenue from retail sales during the festive season will reach around $110 billion. As the holiday is highly valued in society, people shop online for gifts for friends and family. 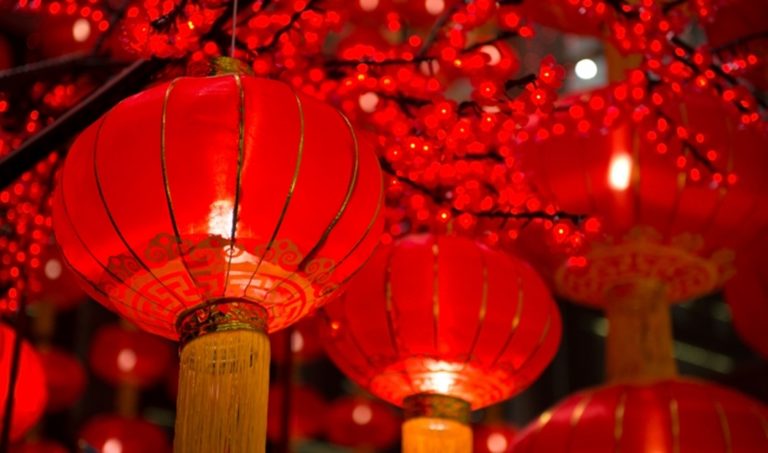 The global holiday, which is celebrated annually on March 8, is not only focused on women in particular, but in China also the sale of items related to the needs of women. China’s sending the first Chinese woman to a space station is a remarkable step in terms of the socio-economic status of women in China, which is widely appreciated by Chinese society.

According to Jing Daily, on Women’s Day 2022 in China, brands have mainly focused on honoring women’s rights and achievements instead of driving superficial advertisement campaigns.

An example is L’Oreal, which collaborated with female Chinese celebrities, supporting the understanding of femineity in China. 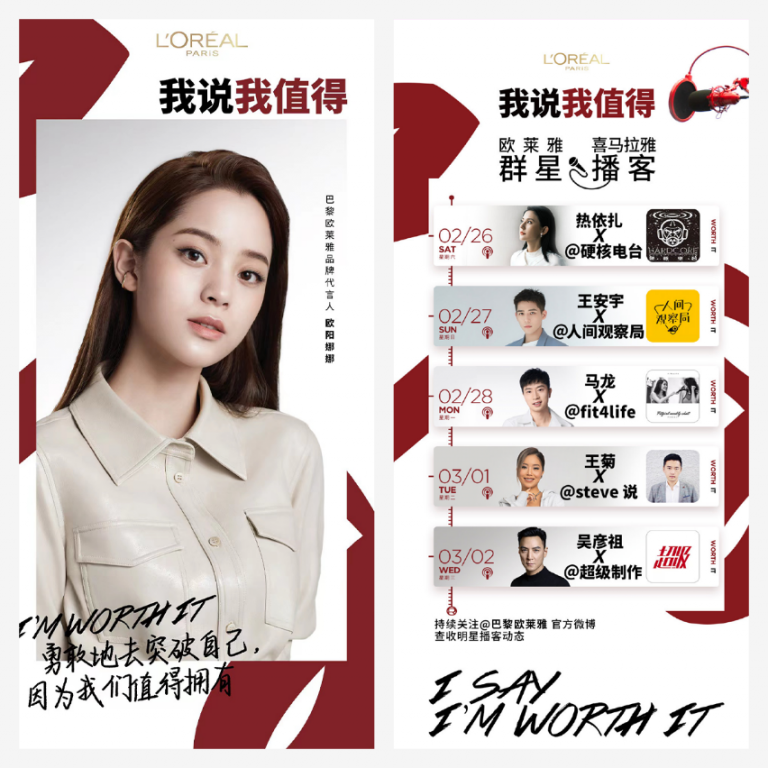 In Chinese, „520“ sounds phonetically very similar to 我爱你 、Wo Ai Ni which means „I love you“. Also, 520 is the abbreviation for the 20th of May. Since Chinese people do not only celebrate the international Valentines Day on the 14th of February, but they also celebrate the 520 holiday and the Qixi Festival, which will be introduced below. Due to the even greater festivals in terms of sales volume in June, the 520 festival does not play a major role in the Chinese shopping festival landscape, being overshadowed by presale campaigns.

The second largest Chinese shopping festival takes place in the middle of the year, on the 18th of June. While the main event is not only about the specific date, but the presale also usually starts already in late May and promotion around early until late June. Compared to other shopping festivals has this no specific background or cultural connection, but simply stands for a mid-year shopping event.

According to Syntun, a sales data monitoring, the major e-commerce platforms including Tmall and JD reached a GMV of 578.5 billion RMB (around 77.13 billion Euro) in 2021, which is 26.5% more than in 2020 and sets a new record (prnewswire.com). One of the reasons for this huge increase is that platforms compete among each other’s and new players like Douyin’s new launched marketplace take the chance to even extend the shopping festival and offer unbeatable prices.

The real Chinese Valentine’s Day takes place on the 7th day of the 7th month of the Chinese lunar calendar. Originally, this day celebrates the annual meeting of the cowherd and the weaver girl in mythology.

The romantic legend has become the top-selling Chinese holiday for luxury brands. In 2022, the Qixi Festival will be celebrated on August 4, while the first campaigns have already started in July. Similar to other major annual shopping events, Qixi has seen a significant increase in sales year on year and is an important part of the annual shopping festivals in China, especially for luxury brands.

The so-called Golden Week, that starts on the first of October takes places until the 7th of October and celebrates the National day and the founding of the Peoples Republic of China in 1949. It is not only the longest public holiday in China but also offers huge opportunities for e-commerce sales.

On the one hand, brands honor the national holiday with certain products, but consumers are also in a buying mood and spend more money during their vacation. 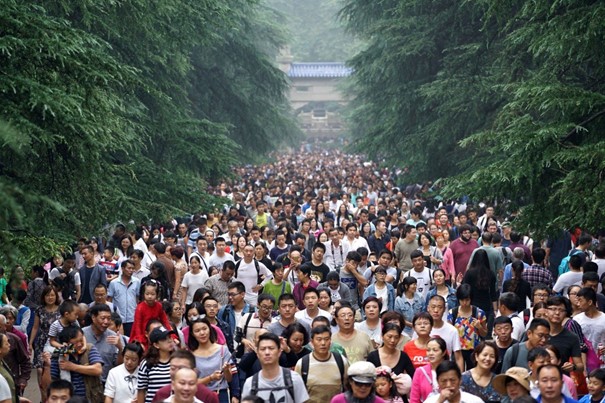 Also known as the Moon or Mooncake Festival, this traditional festival is celebrated in many Asian countries and one of the most important holidays in Chinese culture. With a history of more than 3000 years the festival is held on the 15th day of the 8th month of the chinse lunisolar calendar with a full moon at night. This special event is known for lanterns that light people to prosperity and good fortune as well as mooncakes, a traditional kind of pastry. Even though the mid-autumn festival did not turn into a big shopping festival yet, it is very popular to give gifts to friends and relatives. Specialized products or mooncakes often customized by companies. 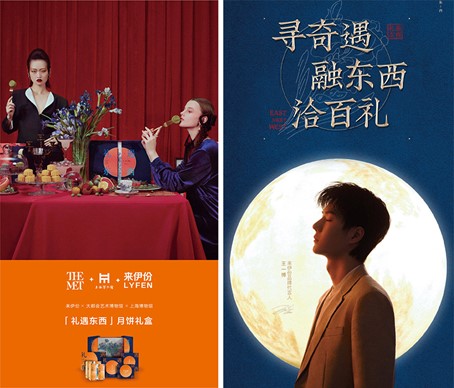 What started off as a satire celebration for being single (since the digit “1” reminds us of a single, the date, November 11, was chosen), the double 11 festival has since become the largest online retail phenomenon in the world with almost 300,000 brands participating in 2021.

For a long time, Double 11 was shrouded in obscurity outside of China. But if we take a look at the facts, Double 11 straight up overwhelms Black Friday.

In 2017, Double 11 generated $25.3 billion worth of GMV, and this number almost tripled by 2020, soaring to $74.1 billion. More than 800 million consumers participated and a total of 2.9 billion packages were delivered across China. In 2021 the Singles Day once again broke all records, reaching a GMV of $85.54 billion.

Looking towards the West, Double 11 is over 3 times larger than Black Friday and Cyber Monday combined!

At the same time, Double 11 serves as a stage for launching of new products and categories. The E-commerce giant JD predicted that more than 400 million new products will be introduced on its platform in 2021.

It should be noted that Alibaba’s Double 11 is no longer just about that single day in November. Pre-sale has been an integral part of the shopping festival and served as an indicator for companies for the success of their campaigns. 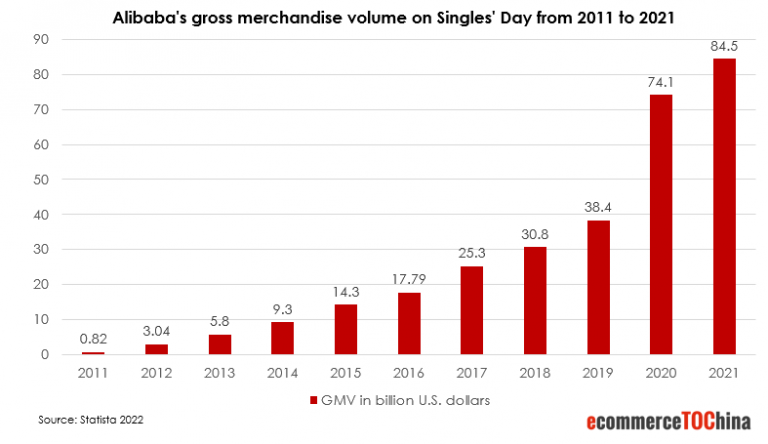 The Friday following Thanksgiving in the United States, typically in the end of November, marks the start of the Christmas shopping. While Black Friday is also known in China, it is shadowed by big Double Eleven Sales before. The Chinese Singles Day is mainly online, while Black Friday originally also offers big discounts in stores.

What seems like the little brother of Double Eleven is called Double 12, the Chinese shopping festival in the middle of December. Since 2010, it has been attracting shoppers who, on the one hand, are not yet tired of great discounts after Singles Day and, on the other, are looking for gifts for Christmas. Nevertheless, it is by far not as successful and popular as Double 11.

Although Christmas is originally a Christian festival, Santa Claus and the accompanying decorations have made it to China. If you are in China at Christmas time, you will notice that the Christmas elements are increasing year by year, especially in the big cities. Especially due to the commercialization of the holiday, Christmas is hard to miss in the big cities. Western companies, in particular, use this event as another opportunity to advertise Christmas. In principle, it can be compared to Valentine’s Day, which is also considered a commercial holiday. 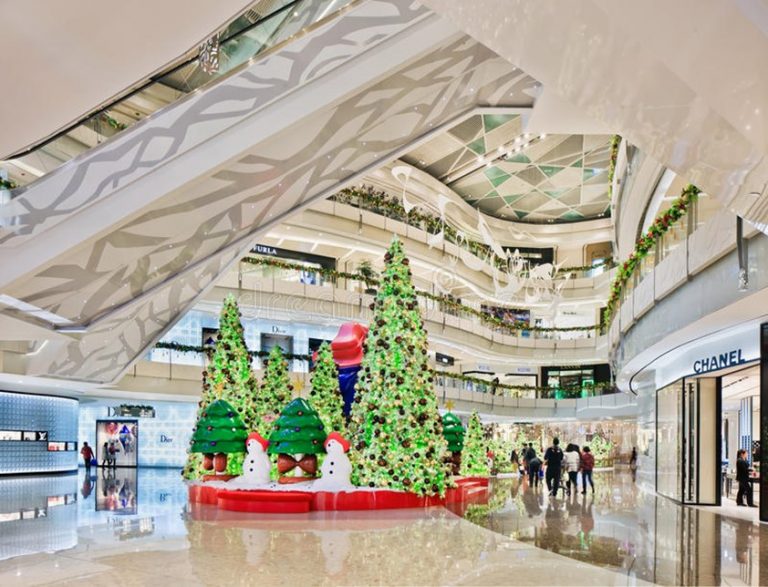 Xiaohongshu, known as the little red book is a social e-commerce ap in which people can share pictures like on Instagram but also buy products. In 2017 the platform celebrated its fourth anniversary with a dedicated shopping festival on the sixth of June. Within two hours, sales revenue exceeded 100 million RMB.

Tmall has started a 9.9 Global Wine & Spirits Festival in 2016. Bringing 100.000 international wines, cognacs, and other sprit drinks together on their marketplace tmall.com, it aims a specific target group. While the number of consumers increased in this segment, the festival itself is not held annually. 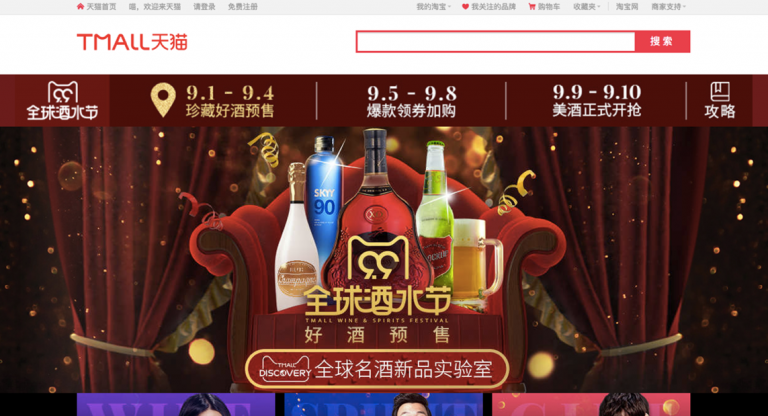 Taking the biggest shopping festival as an example, the Singles Day is more than just the 11th of November. In 2021, pre-sales have already started on October 20. The importance of the pre-sale period can be easily seen in the revenue generated by the leading e-commerce live streamers, which totaled $2.8 billion. Since the presale started at midnight, customers stayed up all night to get the best discounts. As festivals grow year after year, presales are also expected to start even earlier, and the time period of events will become larger. Companies should be prepared for this when planning the corresponding campaigns.

– Throughout the year, there are Chinese holidays that are often used by Chinese people to buy gifts or benefit from discounts.

– In addition to the official holidays, there are special shopping festivals, of which the 618th and Singles Day are by far the biggest.

– Moreover, other sales events are held at irregular intervals, usually in the shadow of the major holidays.

– Shopping festivals do not consist of just one event. They usually involve weeks of pre-sales and campaigns – so the actual launch takes place well in advance!

Moonie is a native Chinese who has been living in Germany since 2006. She is specialized in consumer goods and retail industry with 10 years of professional experience in large German corporations (Beiersdorf, Henkel and Tchibo) before she co-founded eTOC GmbH. She is an expert in Marketing, Brand Building, Strategy Development and E-commerce. She has managed many brands including growing brands in a mature market Germany and building up brands in a new market China. She provides many success track-records of introducing and localizing global brands in China through e-commerce.